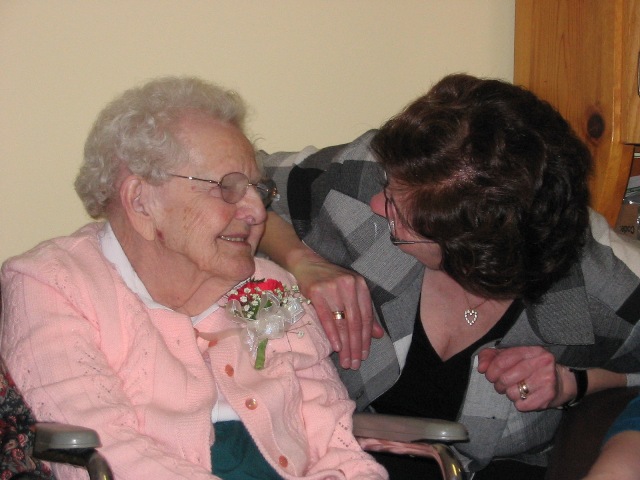 On March 30, 2002, England’s beloved Queen Mother passed on to her heavenly reward.  On the following Easter Monday, Prince Charles spoke from his heart, wonderfully describing “his most magical grandmother”.  The words he spoke of his cherished grandmother described how I lovingly and truly felt for my own magical grandmother.

My magical grandmother mended a kitten’s dislocated shoulder, which I, as a little girl, injured by mistake.  Horrified, I rushed the crying kitten to Grammie, trusting that she would know just what to do.  With her magical touch, its little shoulder went back into place and all was well.  How badly I had felt to have hurt the little kitten, and how greatly relieved I was that Grammie was there to fix anything in this little girl’s world.

My magical grandmother could take a stick and string and turn them into a magnificent fishing pole, and then, leave her farm-wifely duties to dig the worms, bait the hook and take me fishing down by the river at the old family farm.  I didn’t know that the river was polluted and that there were no fish to be caught, but she did.  What was caught that day was a lifelong memory of a lazy summer afternoon filled with love, safety and peaceful well-being.  I still love to revisit that magical afternoon in my memory.

My magical grandmother could take a big old crockery mixing bowl, fill it with a cup of this and a dash of that, roll it or knead it with her determined hands, and whatever emerged from the gleaming oil stove in the farm kitchen was fit for the very angels to bend down to earth and taste.  Only the eyes of a little grandchild could see these awesome deeds.

My magical grandmother had the gift of a “green thumb”.  I marveled at how she could turn a patch of brown dirt into a mosaic of floral beauty, fit for the pleasure of God’s own eyes to behold.

My magical grandmother turned an ordinary bed into a warm and cozy camp on a cold winter’s night by heating a large, smooth rock in the warming oven.  She wrapped the heated rock and tucked it in at my feet. I was enveloped with warmth as I snuggled with my stuffed animals under the hand-made quilts, which were sewn with love.

My magical grandmother knew how to entertain this fidgety little girl dressed in a scratchy crinoline under a crisply ironed dress, during church services.  Grammie owned a magical white purse filled with the most interesting treasures, like gum, hard candy, keys and coins that I was only allowed to explore in a church pew on Sunday morning.  A shiny dime would be produced for me to put in the collection plate, all by myself, while Grammie helped me as I passed it along to Grampie, who sat on the other side of me.

This was my magical grandmother, as I saw her through my five year old eyes.  As I grew into an older child, then a teen, and on into the various decades of my life, I saw her with older eyes, but the magic of those memories remain.  She made the magic in my childhood as only a grandparent can. 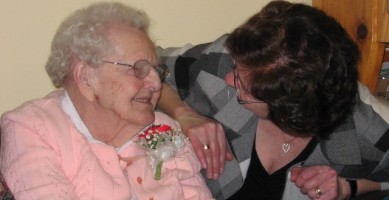