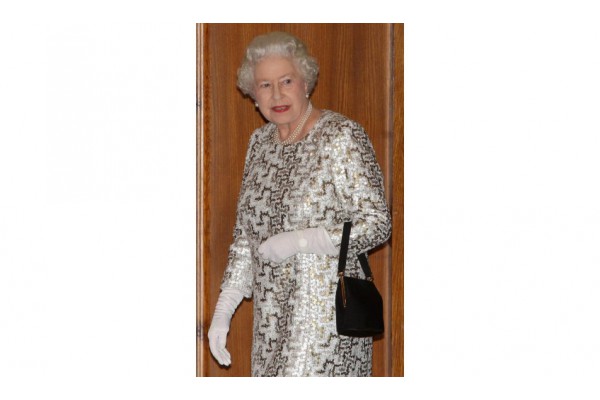 As a young woman, I admired our beloved Queen Elizabeth.  I thought she was the most beautiful lady alive.  I still admire her to this day.  There is one thing that has always puzzled me though, an unanswered question that has plagued me since my teens, and has been one of life’s little mysteries for me.

We see our monarch meticulously dressed in her lovely outfits, with matching hat, gloves, shoes and purse, and have you noticed? Our queen is never seen without her purse!  I wonder…

What is in the queen’s purse?  Why does she even carry a purse?

Her Royal Highness has a large retinue of servants, ladies-in-waiting, guards, secretaries, household staff, and that list goes on.

Her Grace has but to raise an eyebrow and there is nothing that is not handed, lifted, carried, fetched, brought, or served to her.  Literally speaking, she does not need to lift a finger.

There are ladies-in-waiting carrying any number of necessities, like dainty handkerchiefs, extra gloves, cough drops, or other small needs.  One could not imagine that Her Majesty would carry money. Wouldn’t the need for that be handled by her financiers?  Certainly she wouldn’t need to carry the keys to the palace, would she? Would there not be enough household staff and guards to mind the doors?

Well, apparently, I was not the only one who had wondered.  According to Lisa Waller Rogers there are many other folks who want to know what our queen carries in that purse.

In her blog, Lisa’s History Room, Lisa reports that, “When the Queen is carrying out her royal duties at some function, she uses her purse to communicate with her servants. When she shifts the bag from one arm to another, for instance, it means she’s ready to leave. When at a banquet, if the Queen sets her purse on the floor, it’s another bad sign. She finds the conversation boring and wants to escape. However, if the royal bag dangles happily from the crook of her left arm, she is happy and relaxed.”

Well, that certainly accounts for why she carries a purse, and as it turns out, that purse is not just an empty communication device either.

Lisa also reports that the following that can be found in the queen’s purse (it beats me how she found this out; I’m just passing it along):  “…an S-shaped metal meat hook that she can place on the edge of a piece of furniture and hang her purse on it (maybe in the stables, but in someone else’s palace?!) She always carries a metal make-up case given to her by Prince Philip as a wedding gift. She carries a collection of good luck charms, most of them gifts from her children, including dogs, horses, saddles, and horsewhips, reports the Daily Express, and photos of her children. She is never without her mints, chocolate drops for her corgi dogs, and a crossword or two snipped from the papers by her attendants.”

“Majesty magazine reports that the Queen carries a comb, a handkerchief, a small gold compact and a tube of lipstick in her handbag. On Sundays, she carries paper money to place in the collection plate at church.”

And that’s what’s in the Queen’s purse.

More interesting royal and historical tidbits can be found at Lisa’s History Room at https://lisawallerrogers.com/tag/queen-elizabeths-handbag/ 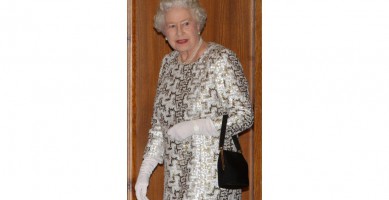