Home » Stories » Animal Land Tales » Some Bunny, Some Where 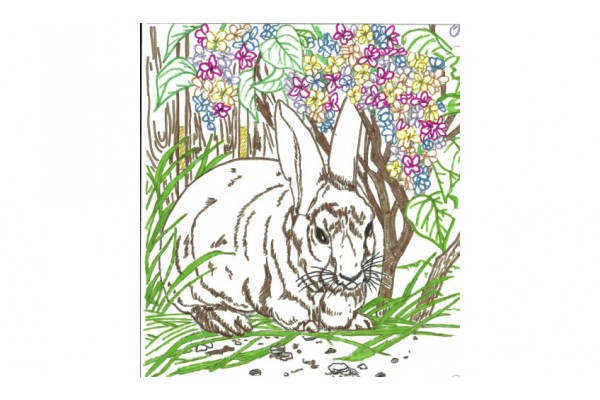 “Where am I?” wondered the bewildered little bunny. “Where is this?” he thought, looking around at the big outside. Some Bunny had never been outside before. Some Bunny had always been inside in a cozy cage in somebody’s house. What happened?

Some Bunny looked around. It was a pleasant, sunny day and the little brown bunny tasted the lush green grass where he now found himself. Yes, it was nice in the big outside. The dandelion leaves and clover that were mixed into the lawn were also very tasty and so, being a bunny, he didn’t think any more about it for the time being.

Night time came and the bunny wondered why he was still in the big outside, but he was comfortable, so he just enjoyed the soft, quiet night and watched the stars twinkling in the dark, night sky.

After many days and nights, Some Bunny was not as warm and comfortable any more. The days and nights were getting colder and the green grass was not so green. And still, no one came to bring the little bunny back to the inside.

Some Bunny hopped away thinking that maybe he would find some greener grass on the other side of where he waited for so long. So, off he went looking for warmer and greener places. After a time, he came to a back yard with lots of green grass still growing, and he found a dry place under a wooden deck, which was attached to the back of a nice, little white house.

Some Bunny ate some green grass, some dandelion leaves, and some clover and now he had a dry spot to sit under during the nights, which were not very warm any more. Some Bunny managed to survive with this little bit of shelter and food. He still wondered why he was not in the cozy inside any more. He wondered why he was out in the big outside. Some Bunny was not a wild rabbit. He was a pet rabbit. Some Bunny should not be in the big outside. How did this happen? Why did this happen?

One day a man came out of the little white house and saw the bunny. “What’s this?” he wondered out loud.

Some Bunny did not run away, although he was a bit shy. He looked up at the man.

The man looked at Some Bunny. “Hmmm!” he thought. “I wonder where that rabbit came from?” and went back inside.

More days passed. The big outside was getting colder in the day time and in the night time.

Summer had passed and autumn was here. Some Bunny was getting along, but the grass in the back yard was not so green or so tasty any more.

The man watched the little bunny for a few days and wondered why he did not hop away. The man began to feel sorry for the little brown rabbit and thought that he would give him some food. Each day he put out tasty foods that bunnies might like and the little bunny was grateful.

By now, the man thought that the little rabbit was lost and so he advertised “Lost brown rabbit. Contact Mr. Man.” The man had the radio station announce the lost rabbit, but no one came forward to claim the little brown bunny.

As the weather got colder, Some Bunny spent his days and nights sheltering under the wooden deck and eating the food that the man offered him.

One day, snow started falling from the sky. Some Bunny liked it at first, but when each day became colder and more snow fell, the little bunny was not happy at all.

The man had been watching from his window and he was concerned. By now, the man knew that this was not a wild rabbit, but was a poor bunny that had been abandoned. Who would do such a thing? The man was now worried for the safety of the little brown rabbit. 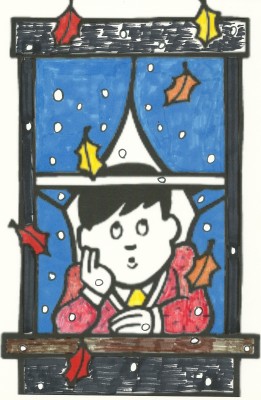 The next day, a heavy wet snow blanketed the back yard. It also got wet under the deck where the rabbit sheltered. Some Bunny became wet too. Some Bunny was cold and hungry and wet right through to his skin.

It was late afternoon by then. The man came home and went to the window. He looked outside and when he saw the poor little rabbit in such a state, he could not stand it any more. The man went out and scooped the poor, shivering, wet bunny up in his arms and took him inside.

Some Bunny was nervous, so he hopped behind the man’s sofa and did not move for the whole night.

Morning came and Some Bunny woke up. He was dry! He was warm! He was alive!

Carefully, he peeked out from behind the sofa. He saw a dish of food, a bowl of fresh water and a box with straw in it. Then, Some Bunny saw the man. The little brown rabbit was wary, but somewhere inside, Some Bunny knew the man had saved him and that the man was trying to help.

Some Bunny’s long ears perked up when he heard the man say, “I wondered if you were going to be OK. You’re safe now, little fellow.”

Some Bunny’s ears twitched with joy when the man added, “I do prefer to live alone, but I could not leave you outside any longer. I guess you’ll just have to live here with me now.”

Some Bunny looked around. He was no longer in the big, cold outside. He was in the warm, cozy inside. He looked at the man. He was thankful. Some Bunny now had someone who cared and somewhere to call home. 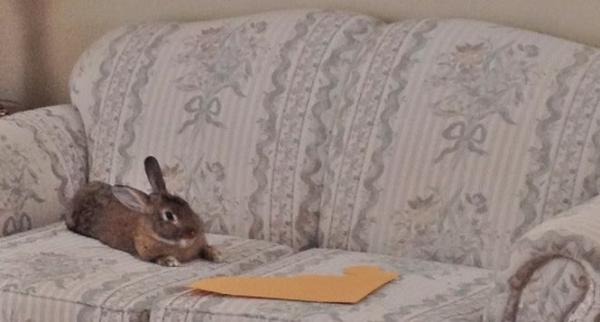 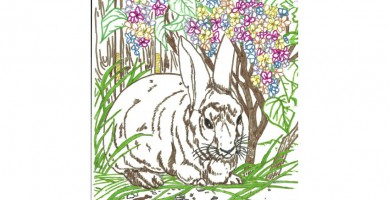 Some Bunny, Some Where