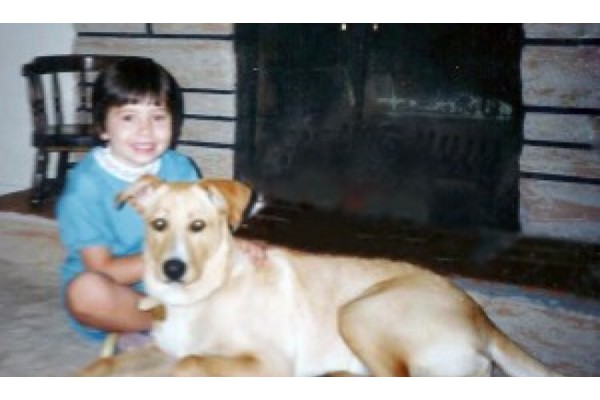 It was getting late.  The air was growing cooler as the evening settled in.  Casey’s little mistress was busy picking up her toys, and it was time for him pick up his toys too.

Casey sat back on his haunches and stared at the ground.  The yellow Labrador retriever looked down to his feet.  On the ground lay three of his toys.  These were his three best toys.  There was his squeaky rubber toy in the shape of a hamburger.  Then, there was his hard plastic chewy bone, and finally, there was his favourite stick from the big maple tree in the yard.

Casey put his nose down and picked up his squeaky hamburger.  What a lovely noise it made.  He made it squeak as he held it in his soft, gentle mouth.

Casey put his nose down again and opened his mouth just enough to grab his plastic bone that was good to chew on and which also helped keep his teeth clean.  Casey was able to just get hold of the end of the bone, but then the squeaky hamburger slipped out of his mouth.

Casey reached for his stick, but then the chew bone fell to the ground beside the squeaky toy.  “Hmmm...” thought Casey, “I’ll just try again.”

With a worried look in his soft brown eyes, Casey thought, “Picking up toys is hard work”.

Casey put his nose down again and opened his mouth, but no matter how hard he tried, Casey could only pick up one toy at a time.  He sat down.  He looked at his toys and sighed.

Six-year old Meghan had just finished putting away her outside toys.  The little brown- haired girl looked over at her confused puppy.  She could see that there was a problem.  Could she help?  Let’s find out.  Meghan walked over to Casey.

“Hmm”, she said kindly to the bewildered puppy, “You seem to have a problem.”  Meghan sat down next to Casey and they both stared thoughtfully at the rubber hamburger, the chew bone, and the special stick from the big maple tree in the yard.

Soon, Meghan exclaimed, “I have the solution.  Casey, you need a pocket!”

“That’s true, I could use a pocket” thought Casey, “but where would a dog put a pocket?”

Now, mostly everyone knows that dogs are pretty smart, and lots of folks know that seven-year old children are pretty smart too, so when a smart dog and a smart kid put their heads together, well, that smartness can turn into genius.

“Yes, a pocket is just what you need”, decided Meghan.  “Now, where will we find a pocket?”  Looking her yellow dog all over she then wondered, “Where would a pocket go on a dog?”  Casey wondered that too.

The little girl and the yellow dog stared at each other and thought some more.  Casey had an idea. He put his nose up against Meghan’s pink jacket.

At the exact same moment Meghan exclaimed, “I’ve got it!” Well, like I said before, when a kid and a dog put their heads together, smart turns to genius and that’s just what happened.

Casey wagged his tail.  This was the answer.  This was a genius idea and a genius solution. 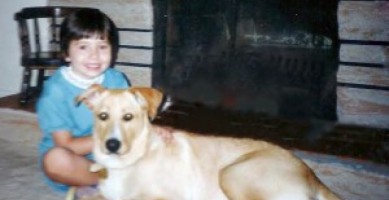